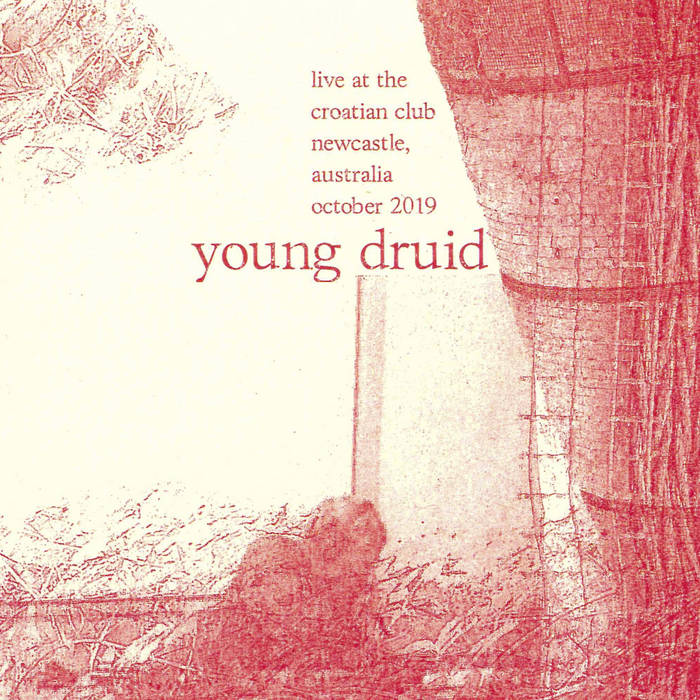 After some fortuitous dot connecting n’ path-aligning last year, I was somehow able to convince John T. Gast that coming to the AST epicentre of Newcastle New South Wales, was a good idea. He was traipsing Australia’s big smokes on the company dime, but something about getting to dip his toe in the bogey hole and a home-cooked plate of dal must have appealed.

The night before in Sydney saw Gast pulverising a typically strobe’d and well-attended club show, the Sunday eve finding him in an all-but abandoned Croatian Club in Newcastle’s once grimy, now gentrifying ’inner city’. When he asked what sort of ‘vibe’ he should aim for in his performance, I said “whatever the fuck you want”. And ‘whatever the fuck’, he did in spades. This here is the document of it, recorded straight from the desk by Drillbit. His supports on the night were a star-studded array of the best that this town (and further south) has to offer: Troth (the homegrown dreamings of Amelia Besseny and myself), DPRK (a No Barbecuer, a formerly Severed Head, a Fauxbic and a man in a hat who’s name I don’t recall), Exmah (one of the Fisters) and The Mermaids (Newcastle noise menaces who share the same name as Cher’s 1990 dramedy film).

Under his usually preferred handle, Gast has spawned many releases that swiftly flit between dub, darkly minimal club music and ambience, but as the Druid, he instead channels a ‘Celtic pop’ sensibility. This set sees the concept throughly kneaded n’ stretched into an exclusively murked consistency.

Following the set, Gast offered to bring a recorder to perform with the next time he visits Newcastle. Stay tuned for that (also, don’t).

Out of print titles available here:

Bandcamp Daily  your guide to the world of Bandcamp