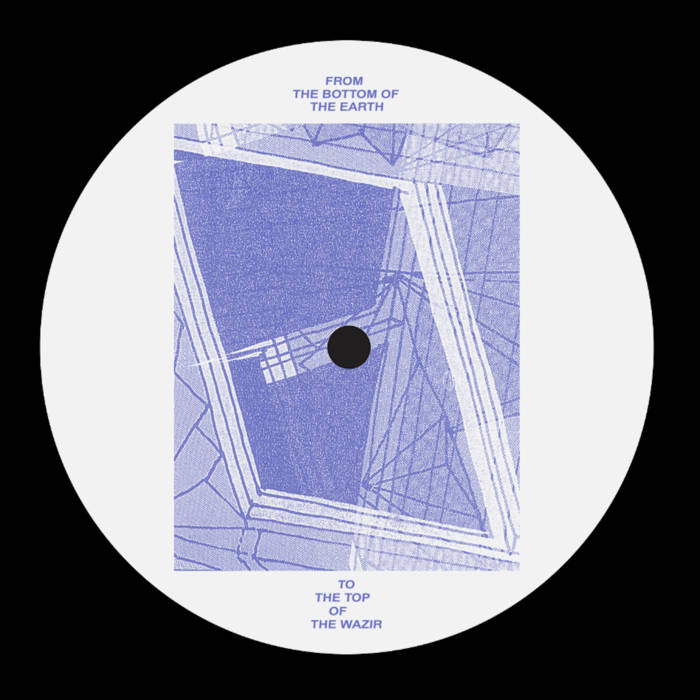 For the 100th release on Altered States Tapes, I wanted to do something celebratory. ‘From The Bottom Of The Earth To The Top Of The Wazir’ is a cumulative statement representing some of the artists who have been most vital in shaping the label over it’s life and who continue to keep me motivated in operating it. The experience of running AST has been as much about techno / experimental cassettes as it has been supporting and being involved in a marginalised community across Australia. It’s made me reevaluate my understanding of music and reinforced my initial impetus for wanting to be involved: its potency (like any art-form pursued with legitimate intention) as a unifying force that is capable of drawing people from different backgrounds and perspectives and forcing them into dialogue. Start at the bottom and work your way up.

Simon Scott, who is responsible for Opal Beau, is probably the most decisively low-key of the artists featured. His knowledge and taste with electronic music is immediately apparent in his own productions. Much of my own early foundations of electronic music were chiseled through spending time with him, so it’s fitting he opens the comp up.

Despite my usual feelings of self-deprecation about my own work, to not include a track of mine on this comp would be daft. On Feudal Step I’m playing with sounds I’d associate with ‘trip-hop’ (specifically Leslie Winer’s phenomenal ‘Witch’ album) for the first, and probably last, time.

Rory McPike (also of Rings Around Saturn / Turner Street Sound fame) straddles the line between palatable club music in these projects and experimental alienation with the 2200 name. For me it’ll always be the most interesting of his undertakings.

Despite my best objections, the only previously released track on here is by Trevor. Like the track itself, this move is wilfully contrary but effective in the end. Formerly as Nicky Crane, then as Trevor (now perhaps as The Cabbage Council) James Vinciguerra has made my favourite Australian electronic music of the last few years.

I released Tarquin’s first solo tape (as Static Cleaner Lost Reward) years ago before he went on to international stardom on the highly coveted Blackest Ever Black roster. In all seriousness, Tarquin is a phenomenal multi-instrumentalist and a rare genuine voice who often goes under-appreciated in Australia. His work with partner, Ying-Li Hooi evokes the dream-like quality of HTRK (a lazy comparison), but maintains their own subtle edges. Ying’s own solo work is similarly difficult to contain and I look forward to seeing where both their paths lead, together and individually.

Matt Spisbah’s Oil project is another one of those unsung battlers of the Aussie underground I am stoked to have been able to dredge up and switch a few people onto. The VIP Lounge is a space he’s minimally adorned with plush loops, in contrast to the usual, immediately slick surrounds of his other environs.

Including Lucy Cliché is a no-brainer; she has been and continues to be one of the most important live electronic artists in Australia. Featuring her is also a nod to a specific time and nucleus of artists who frequently played together in Sydney before I started doing the label that proved a formative influence for me. LC was deep in the mix, both as a performer and as an organiser.

Fjorn has been an ongoing force in Melbourne’s experimental / electronic underground in various ways for at least a decade. One of my own first legit releases was a split with her and I’ve played more shows with her various projects than I can remember. It’s been amazing to see her work mutate into what Papaphilia is today.

WRX is a perfect example of the direction the label has mostly tread the last few years; finely tuned techno / house that avoids easy categorisation. Just as importantly, the person making it is no-bullshit and I feel like it is reflected in his productions.

Out of print titles available here:

If you like From The Bottom Of The Earth To The Top Of The Wazir, you may also like:

Bandcamp Daily  your guide to the world of Bandcamp